Youths urged to embrace vocational training in agribusiness as 356 graduate in the first cohort of the Rural Youth Employment Support (R-YES) Project.

Rwandan youths have been called upon to embrace vocational training in agribusiness due to the employment opportunities available in the field.

This was a call made by the Minister of Agriculture and Animal Resources, Dr. Gerardine Mukeshimana at IPRC Kigali stadium during the graduation of 356 youths who were awarded certificates upon completion of training in different courses in the agribusiness.

Speaking at the event, Minister Mukeshimana applauded the graduates for having chosen to pursue training in agribusiness and congratulated them on their achievement.

The minister went on to express her hope that in the next cohort, fellow youths will do industrial attachment and internship at companies/industries that the graduates will have established.

The event was attended by various stakeholders in the agricultural sector including funders, government agencies, partnering institutions, and agribusiness partners among others.

Dr. Sylvie Mucyo, the Vice Chancellor of Rwanda Polytechnic speaking at the event noted that the current curriculum for the short courses training the graduates underwent was well designed to give them skills needed for them to compete favorably on the job market.

‘’I have no doubt that the training institutions have equipped these youths with the needed skills in the various fields they enrolled in, and I am sure they are going to compete on the job market,’’ she said.

Dr. Birungi Korutaro, CEO of Kilimo Trust expressed her joy towards the graduation of the first cohort of the R-YES project. She said that for long, there was a shortage of such agribusiness skills on the job market, and it was this realization that led to the birth of the R-YES project.

‘’For long, the private sector kept saying, we do not have the skills that can work in our companies, we need people who have practical skills and that is where the genesis of this program started,’’ she remarked.

She went on to say that it was at this point that Kilimo Trust embarked on a program to see that the youths were equipped with the different skills needed on the job market and that is how the youths that have just graduated found themselves in the different institutions where they received the various trainings.

She concluded her remarks by calling upon all stakeholders including the Ministry of Agriculture to see that building and equipping of IPRCs and TVET centers is given priority so as more youths can receive skills that will positively impact their lives.

Andrew Gashayija, the R-YES Project Team Leader expressed his satisfaction that the graduates were now ready to go out and apply the skills they have acquired to develop themselves and their communities.

‘’I am convinced that you now have the required skills set for you to be able to make it on your own in the different fields you have been trained in. Please go out there and work professionally,’’ he advised them while giving his remarks at the event.

According to Andrew Gashayija, from the total number of graduates, 82 of them have already acquired jobs in various agribusinesses companies whereas 55 are currently self-employed.

Kanziga Devine is one of the beneficiaries from the R-YES Project and graduate in animal feeds production. She couldn’t hide her excitement when she got to graduate.

‘’I am one of the beneficiaries of Kilimo Trust’s program, R-YES. I got to know about the program when I heard it on the radio. I applied and luckily enough, I was selected to undergo experiential learning in animal feeds production. Since I completed training, the skills I acquired have so far helped me to make some money. I offer online services by helping people in animal feeds formulation. They call me and I advise them on the feeds formulation they must use. I am hoping to make this a full-time job because I have seen how helpful and highly demanding it is by the public,’’ she said. 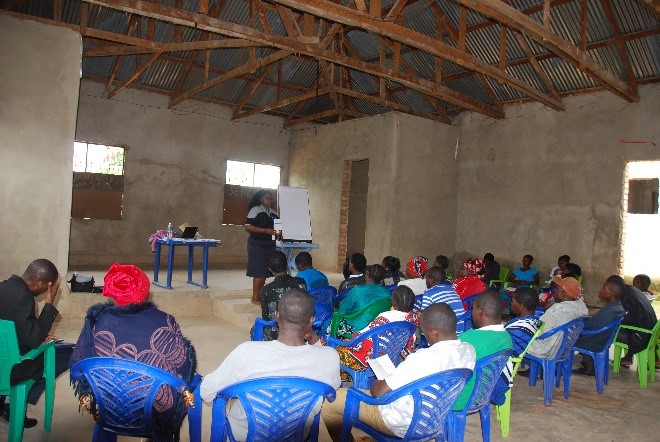 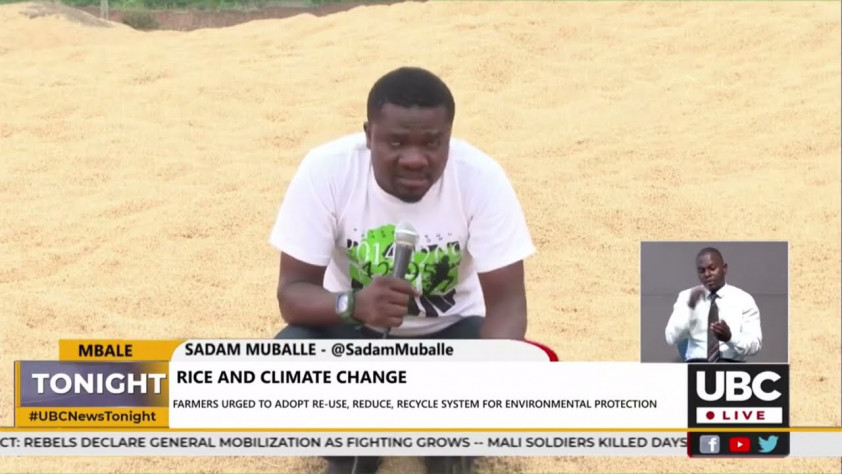