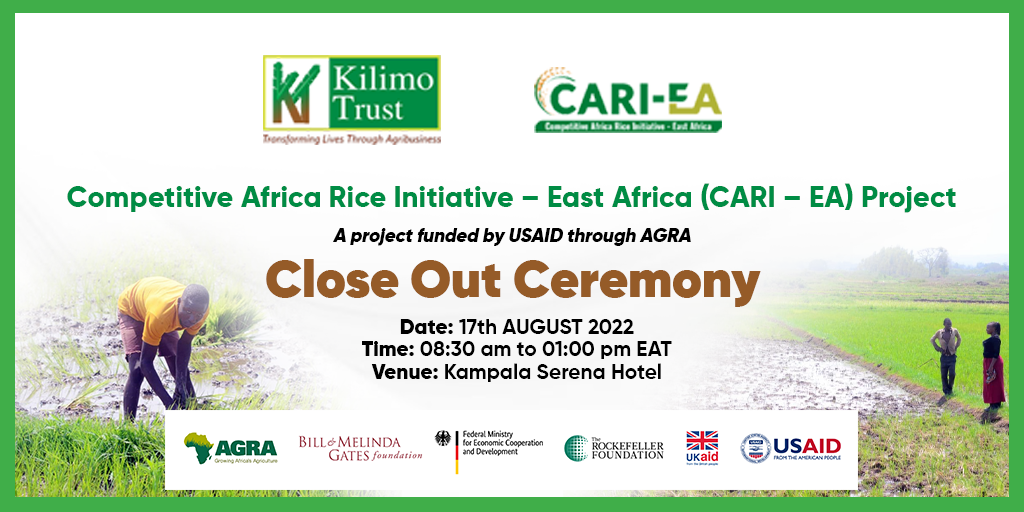 The Competitive African Initiative in East Africa (CARI-EA) project was a 3-year project commissioned by the United States Agency for International Development (USAID) through the Alliance for a Green Revolution in Africa (AGRA). The project was implemented in Uganda, Tanzania, and Kenya jointly by Kilimo Trust and the EAC secretariat.

The project goal was to contribute to inclusive transformation of the rice sector in East Africa for sustainable increase in incomes of 220,000 women, men and young people employed in the value chain of locally produced rice in the East Africa Community.

On 17th August 2022, the Competitive African Initiative in East Africa (CARI-EA) project stakeholder engagement was held at Kampala Serena Hotel in Uganda to showcase project achievements and discuss sustainability of interventions and investment options after CARI-EA. The event was organized by the Alliance for a Green Revolution (AGRA) in collaboration with Kilimo Trust. 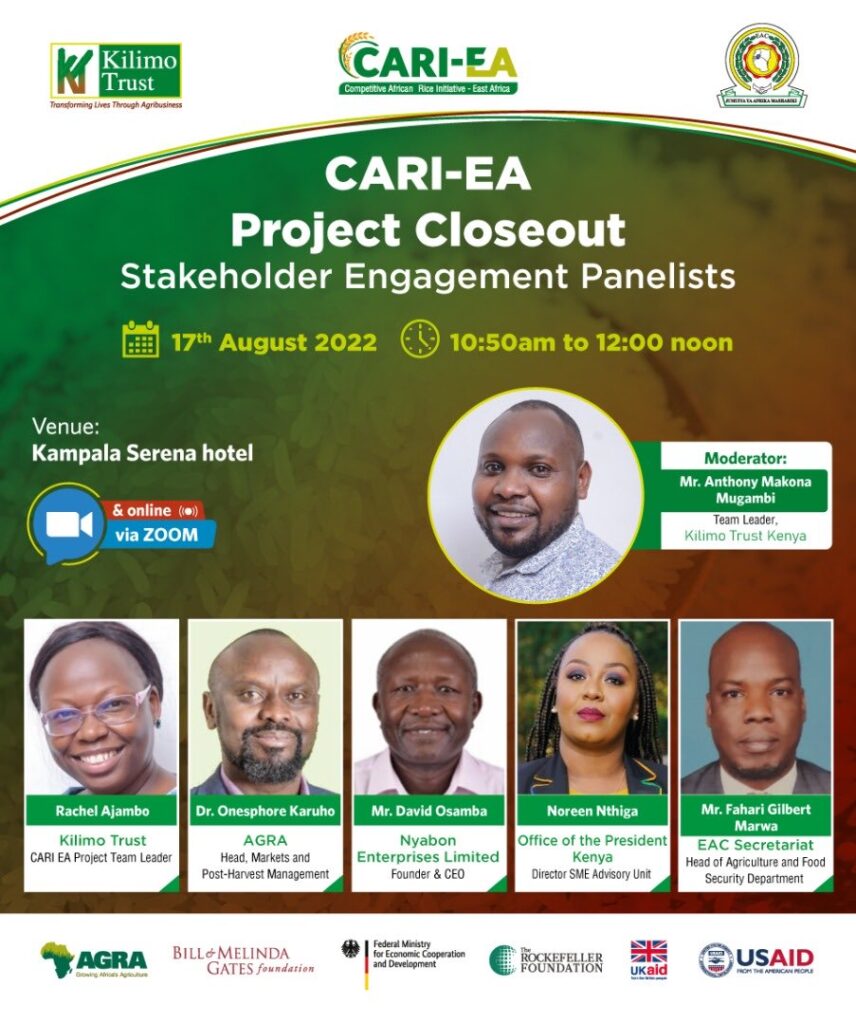 The event attracted over 80 participants from across East Africa. These included all project partners (farmers, traders, processors), implementing partners and other stakeholders in the rice value chain. The event was conducted both physically and virtually online via zoom.

The event was graced by the first Deputy Prime Minister and the Minister of East Africa Affairs in Uganda, Hon. Rebbecca Alitwala Kadaga. The minister thanked Kilimo Trust and its partners for taking lead in the implementation of the CARI-EA project in East Africa. She applauded the milestones achieved from the 3-years project.

She also toured the matching grant partners exhibition was organized to showcase new rice brands that were developed from the support of the project. Mechanization equipment donated to partners and different knowledge products were also showcased.

A panel discussion was conducted during the event. Panel discussants included Rachel Ajambo from Kilimo Trust, Ones Karuho from AGRA, Noreen Nithiga from Office of the President in Kenya, Fahari Marwa from the EAC Secretariat and David Osamba from Nyabon Enterprise Limited. The panel discussion was moderated by Anthony Makona Mugambi, and topics discussed included:

Other topics discussed by experts amongst participants included:

During the event, partners in different categories were awarded certificates of appreciation for their exceptional contribution to the implementation of the project.