A security guard opens the heavy metal gate to allow in a three-wheeler (tuktuk) at the premises located a short distance from the Kisumu-Nairobi Road in Nyamware, Kisumu County.

The three-wheeler is loaded with a heap of scrap metal that it ferries to a yard inside the compound.

Deafening sound of metal hitting metal drowns that of the tuk tuk as the driver stops. Soon, two young men dressed in oily grey overalls start to offload the scrap metal arranging them according to sizes.

Done with the task, the two men ferry the scrap metal inside an expansive workshop run by Alex Odundo. The scrap metal would soon be turned into various farm machines that include chaff-cutters, grain shellers, water pumps and sisal decorticators.

“I make all of them from scrap metal that I buy from around Kisumu and neighbouring towns. The machines are for both small and large-scale farmers,” says Odundo, whose agritech firm is known as Olex Techno.

The Kisumu Polytechnic mechanical engineering graduate says he was motivated to start the business after seeing smallholder farmers struggle with traditional implements, which limits food production.

“I wanted mainly to help smallholder rice farmers in the region by providing them with affordable products to develop a sustainable business and overcome long-standing machinery challenges.”

Besides machines used directly on the farm, he also makes others like cookstoves that use farm waste.

“I made the cookstove (jiko) in conjunction with Kilimo Trust. It uses rice husks for cooking, ending up with biochar, carbonised agricultural waste that can be used to make organic fertiliser to improve soil fertility and boost production,” says Odundo, 40.

The stove that goes for Sh2,500 helps to manage rice husk and other agricultural waste, as it reduces the cost of cooking and saves the environment from pollution, he notes.

His most successful machine so far is the sisal decorticator, which removes the outer cover of sisal, for one to remain with the fabric part.

“I make four types of the sisal decorticator. Their prices are pegged on the parts capacity and engines and they range from Sh70,000–Sh200,000.”

He buys the scrap metal at Sh55 a kilo and smelts them, then shapes in a lathe machine to fabricate new ones, making at least four farm equipment in a month.

His clients are mainly businessmen, cooperatives and smallholder farmers in Kenya and Tanzania.

Recently, he developed a semi-automated sisal decorticator that has made him get orders from Tanzania, Madagascar and Nigeria.

“It costs Sh700,0000. The advantage of this machine over those from China is that it produces high quality fibre and ropes and its service parts are locally available for smooth maintenance. It’s very durable,” says Odundo.

Chaff-cutter
The innovator has also developed a sisal baling machine, which is used to pack fibre for export and already he has orders from Uganda and Tanzania as well as Kenya. It goes for Sh1.2 million.

Besides making machines, Odundo also processes sisal, selling the fibre to companies and people who make ropes, among other products.

For the machines he makes, they use electricity, diesel, petrol or solar. His biggest challenge is patenting his products as each requires a fee of Sh50,000 besides paying Sh20,000 application fees.

“I also need to pay a lawyer Sh50,000 and licence fees to the county government of Sh12,000 annually. This is a lot of money for innovators competing with cheap Chinese products flooding the market,” he laments.

Odundo established the venture in 2010 with Sh20,000 seed capital from his savings, which he used to buy second-hand machines and tools like a hand drilling machine, welding machine, an axle grinder, bench vice and hacksaw.

He has employed two workers at the workshop and five others at his sisal processing unit.

Dr Musa Njue, a senior lecturer at Egerton University’s Agricultural Engineering Department, says for such a venture to be successful, the entrepreneur must establish demand for the machines he is fabricating like a sisal baler by doing a diligent market survey.

“He also needs to have enough space, be well-trained by a recognised institution, good capital and he must also diversify because two or three pieces of equipment is not enough to break even. He must do products that are different from the ones existing in the market,” says Dr Njue. 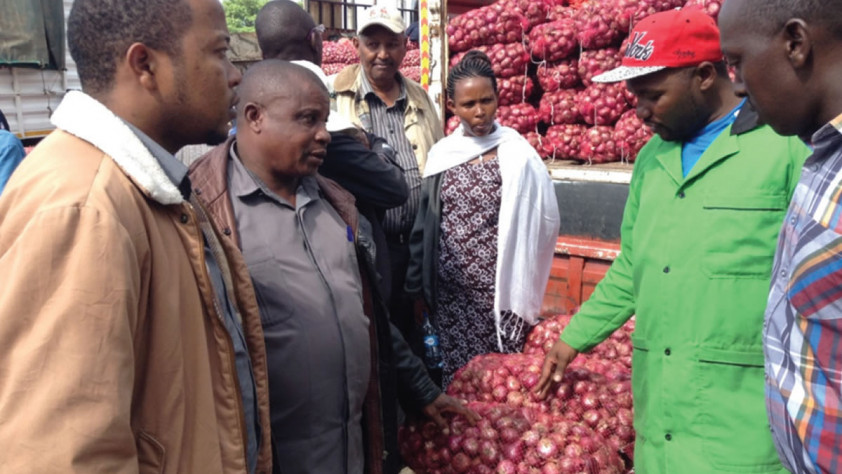