The Rural Youth Employment Support (R-YES) project in Rwanda was launched on the 29th July 2020 in an evented that was officiated by Jean Claude MUSABYIMANA, the Permanent Secretary (PS) in the Ministry of Agriculture and Animal Resources (MINAGRI).

R-YES is a 5-years project aimed at creating employment opportunities for youth in agribusiness related activities through integrated agribusiness hubs in Rwanda.

The project implementation has already begun and on Thursday 15th April, 2021, Kilimo Trust and partners held a meeting to discuss modalities of engagement and validation of content of application forms to be used by colleges and youth applying to partner or benefit from R-YES project.

The meeting which was held at Lemigo Hotel included principals and technical staff of major IPRCs, Rwanda TVET Board (RTB) and Rwanda Youth in Agribusiness Forum (RYAF).

Giving opening remarks, the project team leader, Andrew Gashayija thanked everyone for honoring the invitation to the meeting.

He informed partners that part of the reason for calling for a consultative meeting was to ensure the buy-in of colleges by expressing their interest and commitment to partnering with the project.

Participants were also taken through the project over view and activities that have so far been done since the project commencement. The activities already been done included studies like the Value chain scoping study, Institutional capacity study, Profitability analysis and Youth led labor market assessment.

It is from these studies that 10 colleges that will be training centers for R-YES beneficiaries (youth) were selected, 7 value chains (Diary, Piggery, Rice, Maize, Potatoes, Poultry and Vegetables) that will be focused on and 31 employment opportunities were determined.

The project implementation phases were also elaborated in a presentation by the Value chain specialist, Frank Eddy Rugamba who mentioned the three phases as Start-up phase, the Nurturing phase and the Post-hub growth phase.

As the main purpose of the meeting, there were discussions on modalities of engagements between Kilimo Trust and implementing partners as well as validating the content of the application forms to be used by the colleges and youth applying to partner or benefit from the project.

During the meeting, draft application forms for youth and colleges were presented to the participants. Comments by participants about the draft forms were raised and it was agreed that the two forms would be revised to take into consideration the generated comments.

Due to the different levels of education expected to apply to benefit from the project interventions, participants requested for application forms to be translated to Kinyarwanda to accommodate rural youth.

Participants also requested both English and Kinyarwanda to be used in colleges during training. It was suggested that for the periods of training be divided into 3 and 6 months to consider youth who completed primary and higher levels of learning.

As the meeting came to conclusion, it was agreed that a campaign to create awareness about the project in different districts should be done soon. The awareness campaign will be done together with colleges, RYAF and KT as the team will visit officials in all the 16 districts where the project will have its interventions. 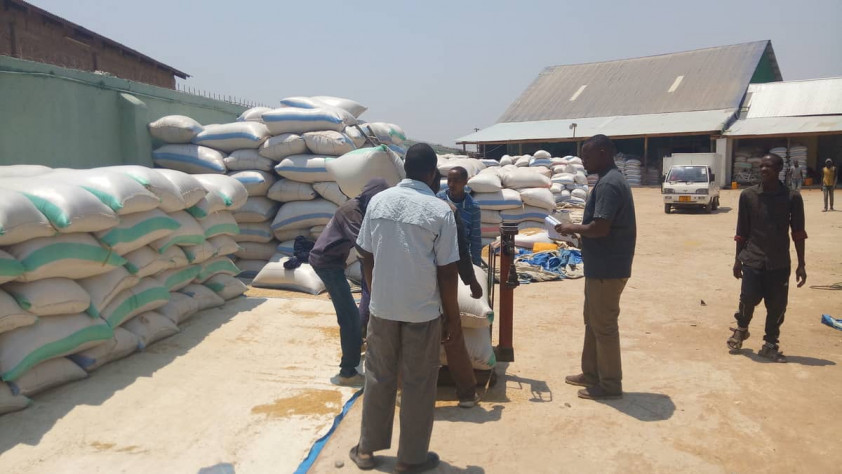