Youth under R-YES project being implemented by Kilimo Trust Rwanda with funding from the International Fund for Agricultural Development (IFAD) and Federal Ministry for Economic Cooperation and Development (BMZ) have expressed high hopes for a bright future following their short course training.

This was mentioned by several youth on May 13, 2022, as IPRC Musanze celebrated its seventh-year anniversary with an Open Day organized at the college premises.

The event attracted various stakeholders from the public and private sectors and was aimed at showcasing different products, prototypes, innovations, research & consultancy capacity that the trainers/instructors and students have acquired at the college.

The Agriculture Engineering department of IPRC Musanze hosts R-YES trainees in meat and milk processing short course programs aimed at building technical and entrepreneurial capacities of rural youth in agribusiness to create skilled workforce for decent wage employment or creation of own agribusinesses.

Nizeyimana Faustin from Gisagara District is one of the R-YES project beneficiaries in the meat processing trade. He stated that with the skills he has acquired in making at least eight meat products, the sky is the limit for him.

‘’I am so thankful to Kilimo Trust and R-YES project as this opportunity came at a point when all hope was lost and we came to IPRC Musanze where we have been well equipped with skills in making different meat products such as meat samosas, kebabs, meatballs, and sausages among others,’’ he said. ‘’If it was not for R-YES, I would not have been able to acquire these skills, here I am ready for the future.’’

Nizeyimana notes that he comes from a border locality that has lots of people known for loving meat and its products. To him, this is an opportune moment to take advantage of this and make money.

Benimana Françoise is another trainee and beneficiary under the R-YES project. She comes from Ruhango District located in Southern Province. She says that it’s indeed a blessing that she is one of the youths that was selected by Kilimo Trust through R-YES project to undergo a short course training in Milk Handling and Processing at IPRC Musanze.

‘’At this point, I can single-handedly make several milk products including butter, cheese, and yogurt among others and I am sure that everyone in this cohort of R-YES trainees has acquired a lifelong skill that they will use to either create their own jobs or apply in different places they will get jobs,’’ she said.

She further said that they did not know why certain activities such as cooling/heating the milk to a certain temperature had to be done but this training has equipped them with all this knowledge.

One of the benefits from these trainings is a recognized certificate that will be given to the youth at completion, a thing that Françoise also applauds Kilimo Trust for since this will evidence that they are competent in processing of milk products.

The Permanent Secretary in the Ministry of Agriculture and Animal Resources, Jean Claude Musabyimana who was the guest of honor for the day, congratulated IPRC Musanze for having made seven years in existence and recognized the work the ministry is doing in partnership with Kilimo Trust in implementing the R-YES project.

He said that the work different consortia including Kilimo Trust are doing is under the government’s strategies of improving the quality of locally made products including agricultural produce and that is why it is important to improve the skills of Rwandan youths to be competitive on the labour market.

Speaking at the event at IPRC Musanze, Andrew Gashayija, R-YES Project Team Leader thanked IPRC Musanze, the staff and the trainees for the good work done, each in their respective roles.

‘’I want to thank you [youth] for putting in efforts to learn the skills you have been taught. I have seen some of the products that you are processing, and I am glad you are not taking anything for granted,” he said. 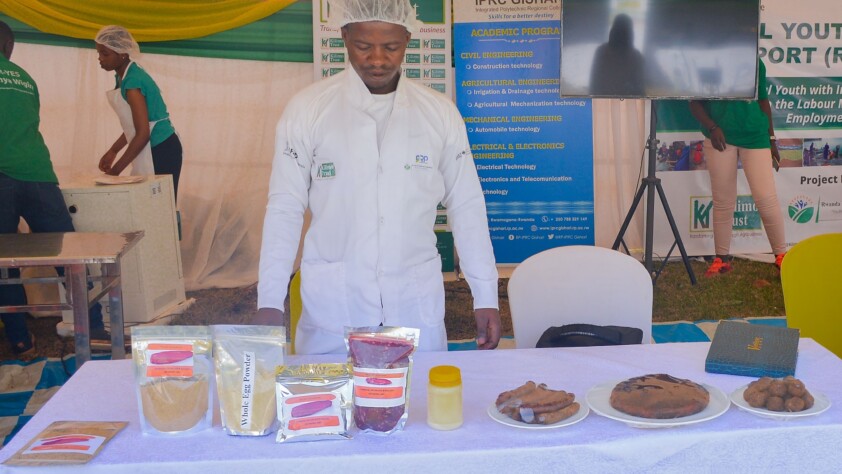 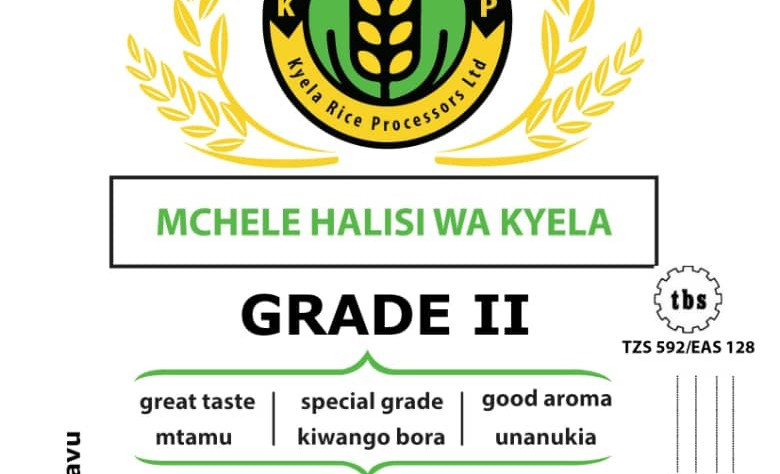