How we are empowering rural youth to become champions in agribusiness

Unemployment rates in Rwanda among youth [aged 16 to 30] remain relatively higher at 21.5 percent despite of the overall unemployment rate decline as of February 2022 compared to the previous year. Rural youth contribute to the high unemployment rates, and this is mostly because they come from poor backgrounds that are unable to afford education or complete higher learning education to fit in the labor market.
Nonetheless, Rural youth stand high chances of employment in the agribusiness sector since farming is mostly done in rural areas although they still face a challenge of land and limited knowledge about employment opportunities in agribusiness to take advantage.

It is for such reasons and more that the Rural Youth Employment Support (R-YES), a 5-year project (2020 – 2024) funded by the International Fund for Agricultural Development (IFAD) and German Federal Ministry for Economic Cooperation and Development (BMZ) was designed to create employment opportunities for rural youth in agribusiness. The project is implemented by a consortium led by Kilimo Trust in partnership with Rwanda Youth in Agribusiness Forum (RYAF), Rwanda Polytechnic through its Integrated Polytechnic Regional Colleges (IPRCs), Rwanda TVET Board (RTB) through its TVETs and agribusiness industries/companies as centers of technical training and employment for R-YES beneficiaries.

As youth remain the future of the smallholder farmers and potential key players in the agriculture sector, R-YES project is creating employment opportunities for rural youth in agribusiness through two pathways: self and wage employment. This is how some of the project supported youth have been empowered to become champions in agribusiness.

The story of Felix Karangwa

Felix Karangwa, 29 years old is the eldest of 5 children in his family raised by a single mother in Rulindo District. He grows green pepper, cabbages, and fruits (tree tomato). Due to his humble background, Karangwa was unable to join secondary school. His mother could not afford school fees but luckily enough, he got support from a USAID program ‘Higa Ubeho’ which paid his school fees until he completed TVET level 5 in 2012 and this was the last time Karangwa stepped in school. To make ends meet, Karangwa became a mobile money agent in his area for close to 8 years, but he still struggled to support his family as the business was not doing well and he needed an alternative source of income.

When Karangwa heard about R-YES project and the call for application on Radio Rwanda in 2020, he felt his dreams were coming to reality at long last. In his own words, “I hurried to apply with hopes to be selected because I always wanted to put in practice what I had studied. I had completed level 5 in agriculture but what I knew were theories and not practical knowledge.”

Karangwa’s dream was to be an agripreneur especially in vegetables production and fruits farming because his home area [Rulindo District] ecology is conducive for horticulture.

Karangwa is one of the R-YES youth that completed four months experiential learning in vegetables production and processing in the first cohort. Karangwa has learned a lot from the training including seasonal planning like when to plant, what to plant, how much to plant, knowing the market trends and assessment, knowing quality seed for planting, how to use fertilizer (how to mix it, when to apply it, and the right quantity to use) on the farm, how to apply pesticides and so much more.

Karangwa currently employs two youth from his area that do irrigating and weeding in the vegetables and fruits fields. His passionate about working with more youth (7 to 10 youth in a year’s time) in his area and wants to encourage them into horticulture.

With the help from his mother, Karangwa cultivates on their family land which is not enough as it is the same used by the family to produce their food. He therefore plans to acquire a greenhouse where he can grow tomatoes and green pepper all seasons and utilize the small space available while increasing production. He has applied to acquire the green house through support of the World Bank Group– International Development Association (IDA) grant called SAIP that is implemented under Single Project Implementation Unit (SPIU) of the Rwanda Agricultural and Animal Resources Development Board (RAB). SAIP offers 75% of the total cost of expected investment and the applicant covers the remaining 15%. Karangwa hopes that Kilimo Trust under R-YES project start-up kit, he can cover the 15% and acquire the green house. With green house farming, Karangwa says that he will be more climate resilient and reduce on the rainfall dependance to produce food.

Understanding the power of collective farming, he also plans to sensitize his fellow youth and other vegetable farmers in Rulindo to produce more vegetables and collectively undertake joint marketing of their produce. 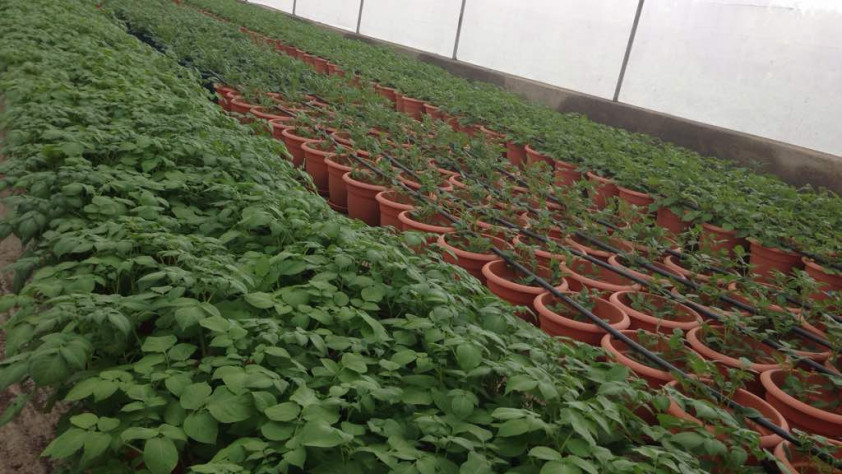 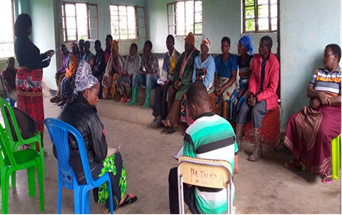