Kilimo Trust as the lead together with Rikolto implemented the Iringa-Mitigation, Adaptation, Productivity for Climate-Smart Agriculture (iMAP4CSA) project in the Idodi and Pawaga schemes in Tanzania, with funding from the Belgian development agency, Enabel.

The two-year project (2019-2021) aimed at mitigating and adapting to climate change and increasing rice productivity by providing farmers with actionable information services based on digital data systems, supporting them in better decision making in risk management. The project targeted 1,200 smallholder farmers by mapping in the Iringa region.

Before the introduction of the iMAP4CSA project in Iringa, there were underlying challenges faced by rice millers such as lack of enough rice for milling, there was less production of paddy by farmers in the region due to insufficient use of inputs such as water and fertilizers, as well as issues related to climate change.

The introduction of the project identified the need to strengthen farmers’ rice related climate change mitigation practices. It sought to support farmers in their adaptation to climate change and to sustainably increase smallholder rice farmers’ agricultural productivity and income by scaling up digital knowledge and information services in combination with the sustainable rice platform standards.

Kilimo Trust and Rikolto interventions in the Iringa region paid off a great deal including contributing to the improvement of livelihoods of rice farmers trained in sustainable rice practices (SRPs).

One of the many smallholder farmers whose lives changed for the better due to iMAP4CSA interventions in Iringa region include Mr Ibrahim Kisegendo who was among the first farmers to be trained on sustainable rice practices. After Mr Kisegendo’s plot was mapped, he started applying the knowledge from the trainings in his farm.

In addition to the SRP trainings, Mr Kisegendo was then linked up with the Ruaha Milling Company Ltd (RML) who gave him and other farmers input loans.

This partnership enabled farmers’ bulk purchase of fertilizer, making Alfa Agrovets to “see” business in supplying the farmers. The local agro-dealer also benefited through more sales of fertilizer as its client base has increased through the newly-created business linkage with Ruaha Millers’ engaged farmers in the irrigation schemes.

“The knowledge and linkages helped me to increase production by 94%. I almost doubled productivity on my four-acre farm from 68 bags of 8.5 metric tonnes to 132 bags (16.5 metric tonnes), which also doubled my income.”

“The income has helped me to build a house of my dreams. I was staying in a house that was not big enough to accommodate my family but now through this project, I have builta big house for my family,” added Mr Kisegendo, a farmer from the Idodi scheme in Idodi village.

Mr Kisegendo has successfully repaid his input loan to Ruaha Milling Company Ltd after selling his paddy at 500TSh/kg, earning a total income of Tanzania shillings 8,250,000.

In a period of one year (2020-2021), the iMAP4CSA project has been able to create twenty (20) business linkages between rice millers, farm input suppliers and rice farmers. A total of 7,104 farmers have benefited from the project’s interventions and 465.5 metric tonnes of commodities worth $263.109 traded through structured trade.

Kilimo Trust appreciates funding from the Belgian development agency, Enabel, which supported the delivery of the IMAP4CSA project in Tanzania’s Iringa region. 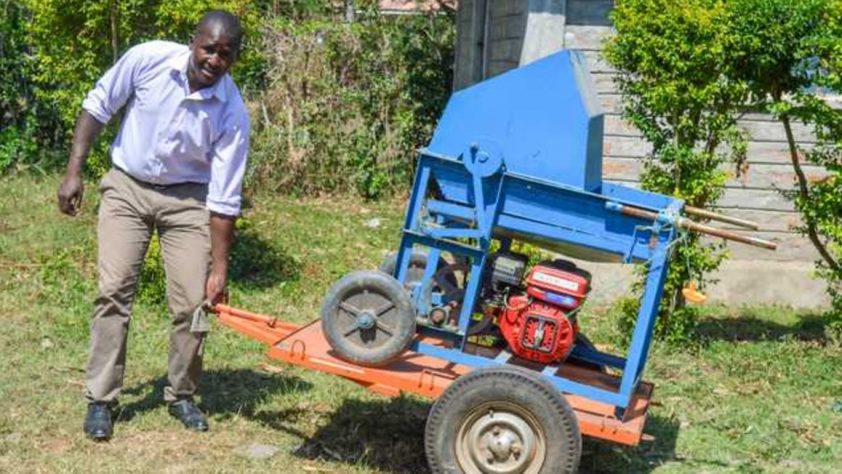 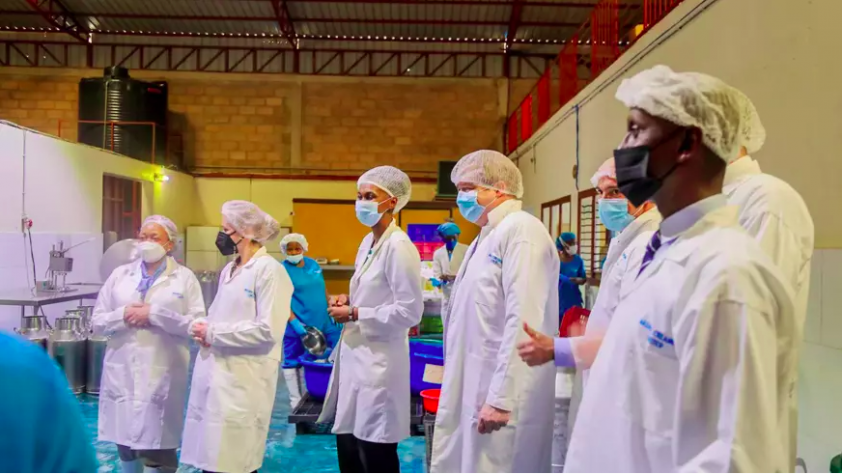